Last Updated on June 18, 2020 by MakeThingsReal

There are many stories as how we found coffee in early history. But whats interesting is how we process them before they reach our cups. Ideally, a coffee machine is a small type of appliance that is used for brewing a cup of coffee, and there are types of coffee machines available with different brewing mechanism. In most cases, the grounds are placed in what is known as a ‘paper filter’ which is then placed over a coffee pot. A coffee pot is a cooking pot for brewing coffee. You pour water into a reservoir where water is heated up to near boiling and then goes through the coffee grounds. This type of brewing method is called automatic type. 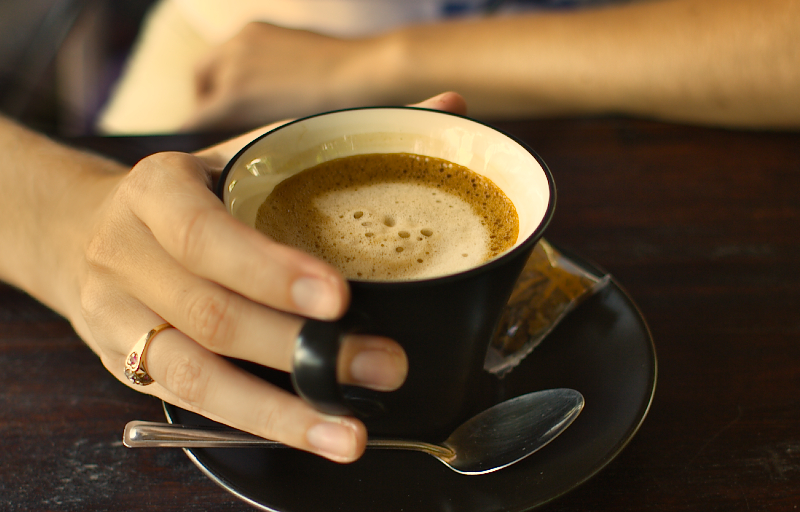 It is quite fascinating when you think of the fact that some 170 years ago, there was no internet, no smartphones, flat screen or coffee makers but since the 1960’s, people have been brewing their coffee at home with a percolator. Today, there are lots of options to brew your coffee, and they range from a drip coffee maker to single serve brewers. For a lot of coffee drinkers, they know little of the history of their favourite coffee makers. In this article, we will look at the evolution of the coffee makers that we can’t do without today.

In the 1950s, the first Percolator was introduced, and 12 years later, the fist drip home coffee maker was launched by Mr Coffee – that same year, BUNN introduced the first commercial quality brewer.

The introduction of the BUNN brewer seemed to slow innovation down as we didn’t hear about coffee makers until 2000 where Cuisinart introduced the first coffee maker. From there on, the market has witnessed all forms of innovation.

How Was Coffee Discovered?

As With most food that we love, the history of coffee is entangled in a little bit of myth here and there. It can be traced to Ethiopia where a goat herder by the name of Kaldi who found coffee in a weird way. Dedicated to investigating why his flock was energized when eating some red berries in a particular bush, he chewed some of the fruit and brought it to the local monastery. The monk forbade them from eating it and threw the berries into the fire where an alluring aroma came forth causing the monks to run a deeper investigation on the berries. Roasted beans were then raked in their numbers – form where they were grinded and dissolved into hot water to create the first cup of coffee in the world. The knowledge of its energizing effects went round the world. When the  far east found coffee it reached the Arabian peninsula from where it journey to the rest of the world.

Today, coffee is cultivated in most parts of the world – from Africa to Asia and even the islands of the Caribbean.

A coffee filter is used during the brewing process, and it is often made out of paper filters which wraps the coffee grounds as the warm water runs through it. The first paper filters used were invented by a German Housewife in 1908. She wanted to eliminate the bitter taste that occurs when you boil coffee grounds loosely. She used different means to do this until she ended up with blotting papers from her son’s exercise book. The coffee grounds free were less bitter and from there, she started a business after patenting the invention and organizing a company that will end up selling coffee filters. Companies found coffee of varying types and process them to their own uniqueness.

Here are some of the coffee makers that we have in the world today and a little bit of history about them.

1. Drip Coffee Maker
Created in America in 1972, the initial name was MR. CofeeTM and it became popular due to the automatic drip brewing method. In 1996, around 76% of households in America started using an automatic drip coffee maker. With automatic drip coffee machines, a measured volume of cold water goes through a separate chamber where a heating component heats the water to a boiling level. The hot water is then distributed over the coffee grounds in a paper filter through the shower head. The water then goes through the grounds, absorbs the essence and oils of the ground and passes through to the bottom of the coffee filter. You can choose a drip coffee maker in a 4-12 cups capacity with different styles or colours depending on your preference.

2. Single-serve Coffee Maker
These type of coffee makers brews coffee by preparing only the exact portion of the coffee needed. It uses a measured system by allowing a certain amount of coffee to go through the outlet. The coffee pods used are pre-packed with their filter, and you can choose a wide range of beverages to use for this type of coffee makers such as hot chocolate and other milk-based speciality beverages.

3. Percolator
In 1865, James Nason found coffee processor design called Percolator. He lived in Massachusetts patented the percolator design. The ideas behind the percolator work by heating boiling water in a pot with a detachable lid. The heated water is then pushed through a metal tube into the brew basket containing the coffee. Extracted liquids get drained from the brew basket and drip back into the coffee pot. This procedure is repeated for a certain period in the brewing cycle until the user decides the coffee grounds has reached the right colour and strength needed by peering through its transparent knob.

4. French Press
The French Press uses coffee that has a coarse grid compared to the drip coffee maker. The brewing process for a French press starts when you place the coffee into the water and then stirring it and leaving it in it to brew and then you use the plunger to remove the grounds from the bottom of the beaker.